In one of my post on hawker delight, I did mention there are some good stalls were being published in this magazine called Flavour. For this Penang Hokkien Mee that am going to talk about, it's also in the same issue with the other that I've posted before.

For those that wonder, let me give you a brief idea..... In Penang, we called it Hokkien Mee, whereas in Ipoh or Kuala Lumpur, they named it Prawn Mee. Why? Because the soup base is made from prawns.

I have not try to make one of this on my own, and I understand the process of doing it is kinda tedious. 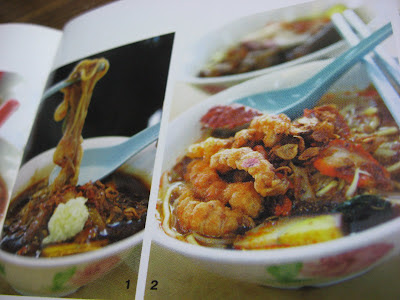 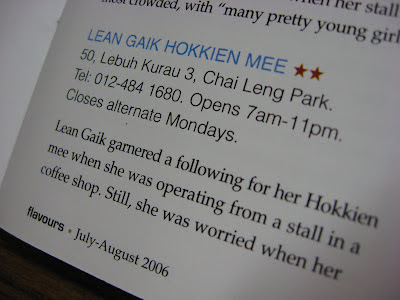 Anyway, Lean Gaik Hokkien Mee is one of the best hokkien mee in mainland, or rather in Chai Leng Park. If it's not, they wouldn't have being interviewed and published in this magazine called Flavour, right?

We have been patronizing this stall for awhile, until lately we noted our cholesterol level has shot up, so decided to call it a quit. Now that, we are back here again, of course, we'll order whatever we want.... [wink] 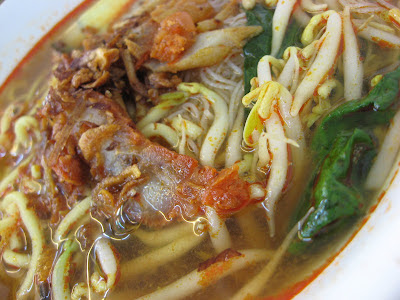 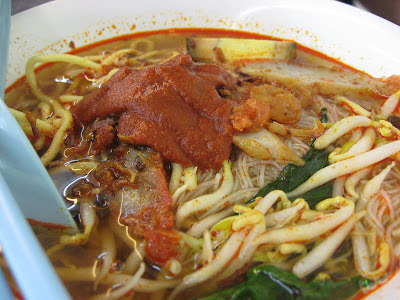 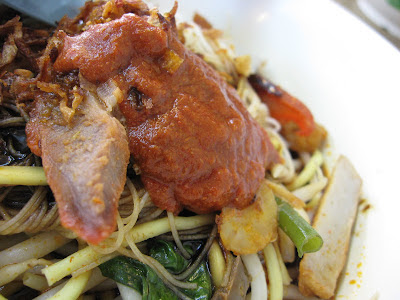 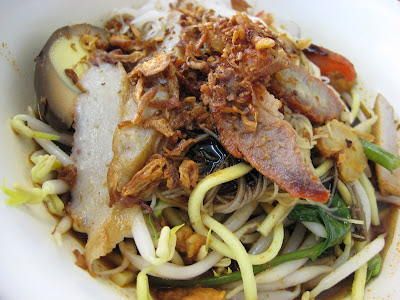 Their main dish is Penang Hokkien Mee, other than that they have Loh Mee (rice and egg noodles in broth thickened with corn starch and beaten eggs, served with eggs, meat slices and bean sprouts), and Dried Hokkien Mee. 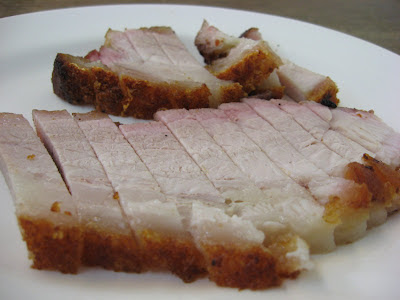 Beside that, they do have side dishes like mantis prawns, eggs, siow bak (roast pork), pork knuckles, pork ribs, etc....

It used to be RM2-20 for small bowl and RM2.80 for big bowl, I believe with the inflation, it has gone up to RM2-50 for small bow and RM3-00 for big bowl. Well, regardless the price is, we are still going back to them, as their Hokkien Mee is really nice.
Email Post
Labels: Chai Leng Park Food Review Hawker Delight Noddle