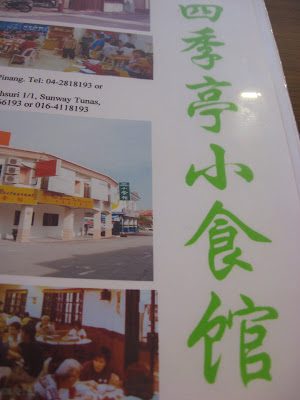 If I do not grumble at that moment in PISA on last Friday, think hubby will not step out from the Camera Fair.

By the time we stepped out, it was very late, we were wonder where to go for lunch, ended up we chose Sunway Tunas Muda area to look for food. And there’s where we ended – Four Season Tea House.

I had some disappointment when I had my dinner sometime during Chinese New Year. And I thought, let’s give it another try in another branch, again, I was very disappointed about it. Why?? Not that the food is completely terrible, but the worst is I found a stone on my plate of Fried Glass Noodles. 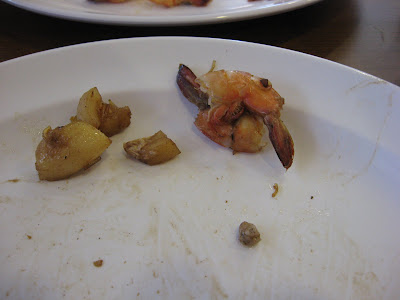 What I can’t bear with it was, the person that served us gave us a stunt look, even I took the picture of that small tiny stone.

I wonder what kind of service is this? 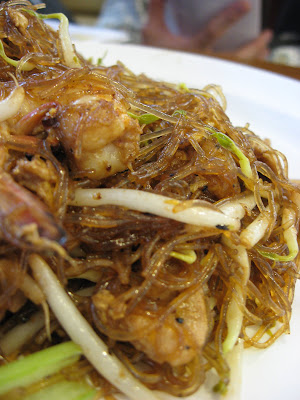 Seriously, the taste and ingredients for this plate of glass noodles, I honestly have a thumb up, but not for this stone. 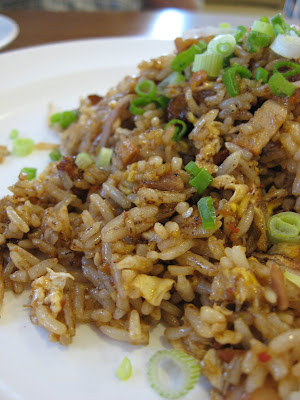 Hubby opted for Sambal Fried Rice. He said it was nice, … probably it was really nice as I noticed they used lard to stir fry glass noodles.

There’s a bowl of soup which is on the house, the soup was not hot, but luke warm. What a miserable lunch that I have for that afternoon.
Email Post
Labels: Chinese Food Food Review Lunch Penang

Little Inbox said…
I think their fried noodle stuffs are a bit salty after trying for several times. Taste wise, I still think it's delicious. Too bad to have a stone in you fried glass noodles. You found it after you finish the whole plate?
April 14, 2009 at 8:24 PM

PenangBoy said…
I can understand your frustration. Hot Wok gave me a cockroach once. I showed it to their manager. They shrugged, kept silent, never did once apologise and wisely waived the bill. This was in their old outlet at Gurney, where Tower Records is presently.
April 15, 2009 at 9:00 PM

Andrew said…
hahaa... pavilion go 2 sides one ma.. prince hotel is along the other side of pavilion... just next to eden =D

New Kid on the Blog said…
Hi Little Inbox, ya ya ya, I agreed with you. I found the stone when am about to finish.
Hi BBO, I think so...

Hi PenangBoy, huh? Like that also didn't apologize?? My god!!! Some more could invite the God of Chef come over for review?!

Hi Andrew, thanks for dropping by. I never expect there's another hotel on the other side of Pavilion. I guess down there is not as busy as BB Walk. Oh yes, would like to take this opportunity to tell you that I like your photo shoot very much!!! It's stunning beautiful and amazing.