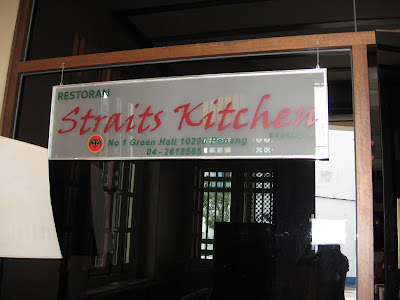 Straits Kitchen has been flashing my mind for some time whenever I passed by this place. Finally I told hubby let’s go there for lunch. Apparently the owner is a lawyer, and he turns this into an eatery outlet. 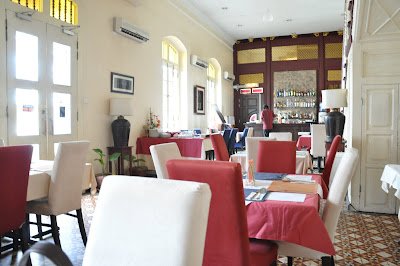 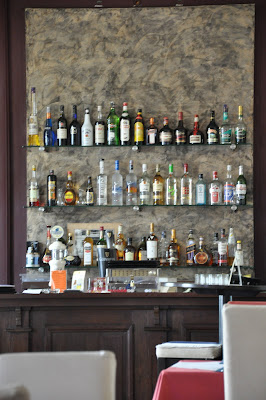 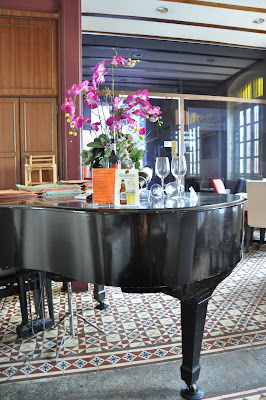 A restaurant that caters for Western Food, Asian Food, Nyonya Food & Indian Food, before it changed name to Straits Kitchen it was Indian Fine-Dining Restaurant I was told. 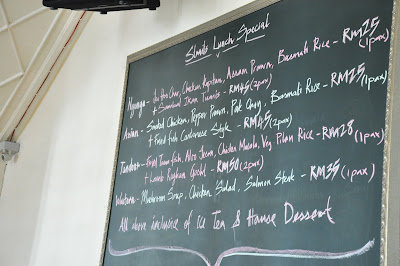 We were one of the 1st customer, and service was attentive. Set lunch was written on the board for customers to choose… from Asian Cuisine (2 pax for RM45) or 1 pax at RM25, or Western Cusine RM35 per pax or Indian Tandoori RM30 for single pax and RM50 for 2. Nyonya Cuisine price was the same as Asian Cuisine. 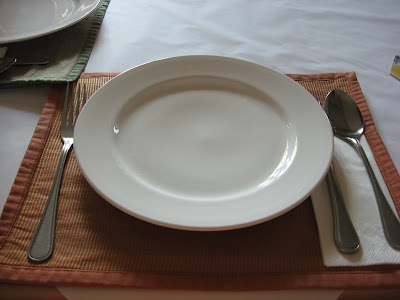 We didn’t go for Indian food, but opted for Asian Cuisine instead. And we were there too early, one of the dish Smoke Chicken was not ready at that time but replaced with Spicy Garlic Stewed Pork Ribs. 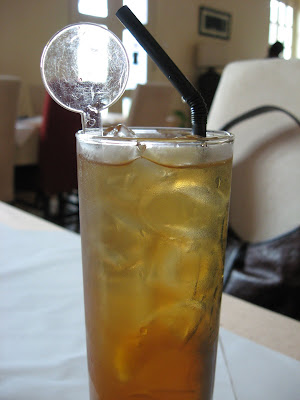 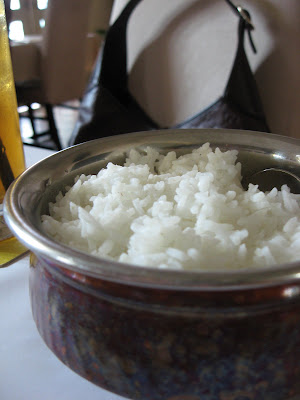 What I like the most is the white rice that served in a pot, it was absolutely unique.

I would have to literally mentioned down here, what serves though are not impressive, however taste wise isn’t that bad. But hubby finds it a bit pricey for the food given. 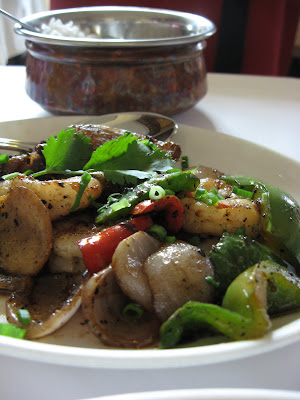 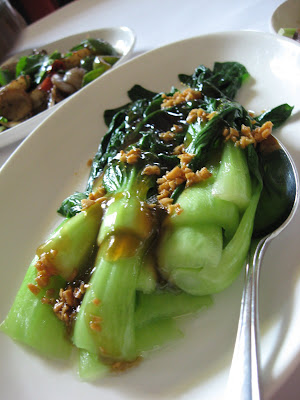 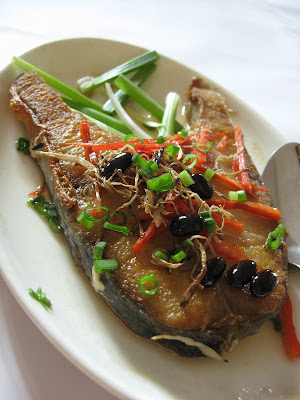 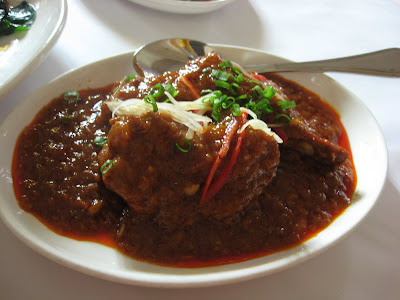 Spicy Garlic Stewed Pork Ribs… typical Hakka dish. My mom has been cooking this for us, and preference will of course go to my mother’s cooking. 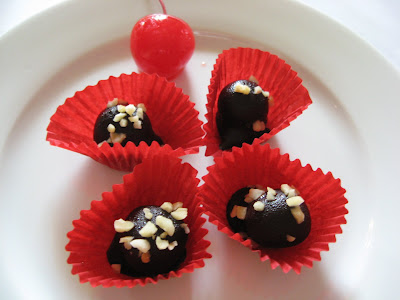 What was very miserable was the dessert given… 4 pieces of Chocolate.

All in RM45 for 2 pax inclusive of drinks and no service or government taxes were charged.

Anonymous said…
with that kind of nice ambiance, the food is comparatively cheap ya! nice place for cosy dining
July 22, 2009 at 4:17 PM

worldwindows said…
Homely with a Baby Grand occupying precious space, this owner got style! I will go western here!
July 22, 2009 at 7:00 PM

minchow said…
This is where that Indian place used to be right, across the Actors Studio? Still yet to visit... I agree with Worldwindows... would go Western!
July 22, 2009 at 8:44 PM

Waco said…
The pot for the rice reminded me of the one I used for my doggies as food container when I was small. LOL!

Cheryl Wee said…
hmmm... somehow the food doesn't look that appealing to me though... am still contemplating whether to check this place out or not :)
August 6, 2009 at 11:16 PM

I have been a cempedak fan for a long time, I always love to eat Cempedak Goren / Fritters.   But recently many bakers turn it to Cempedak Cake and it has managed to capture many glutens’ heart and stomach. Honestly, it was my first time trying on this and it turns out to be everyone compliment comments on my Facebook. It was indeed an honor. Well, here’s the recipe which I’ve slightly twit from JeannieTay’s Blog . Ingredients : 250g unsalted butter, room temperature 160g soft brown sugar (as the fruit is already sweet by itself, thus, I cut down the sugar intake) 5 eggs (65g, A1 egg), room temperature 250g plain flour (all-purpose flour or rose flour) 1 tsp double-acting baking powder ½ tsp salt 40g full cream milk ½ tsp vanilla extract 250g Cempedak (weigh without seed) cut into tiny pieces 8” square pan Method : Preheat oven to 150 ° C for 20 minutes. Bake on 2 nd rack counting from the bottom. Line an 8” square pan. Sift flour and baking

Few weekends ago, drove down to Ipoh to attend my nephew’s wedding reception which was held in Pusing Public which Ipohan called it Mun Choong. I got to know from the older generation why they named it Pusing Public, it’s because the original branch was in Pusing, one of the small town in Perak. So, I presume it must have moved out from Pusing and thus name it Pusing Public. Anyway, that’s my wild presumption. Best to check with older generation of Ipohan. But I can tell you that no doubt about it this is the place famous for wedding banquet. The food is large serving and it’s delicious too. Don’ t believe me?? Check this out yourself. Four Seasons, that’s where it started the night dinner. Followed by the Shark Fin Soup, this is the best so far I’ve tried. Lots of ingredients and it’s tasty too!! Duo flavour fishes, Black Pepper & Honey Glazed that Wrapped with Seaweed. This is something that I don’t normally see this in Penang. Look at the fish that they had de-boned it a

Does anyone know how does Penang was bestowed the UNESCO Heritage title in year 2008? I was told the guideline in conferring is tedious and under many studies for many rounds. However, I was lucky to have Mr Loh of Little Kitchen @ Nyonya briefly told me the main 4 criteria. That is the Main Gate, the Partition, the Staircase and the Floor Tiles. These 4 items have to be maintaining it well as per the guidelines.             A brief history about this place… Little Kitchen @ Nyonya was established in 2006, 6 years ago. It’s located in Lebuh Noordin, a straight of houses that were built in 1927, and it named eclectic shop houses which are from 1880 to 1940s (18 th to 19 th Century).  Before it was turned into Nyonya restaurant, they were mainly into Bird Nest business. A box of Bird Nest Tart can sell at RM50, pre-order 30minutes before and you can have a nice and delicious tart. This Bird Nest business was operating since 20 years ago, even today, they are still opera